The world turned its eyes to the news that followed the shooting of 10 Amish schoolgirls in quiet and reclusive Lancaster, Pennsylvania in October of 2006.

Descriptions of the shooting itself came first. Ten young girls were held hostage and were subsequently shot by Charles Roberts, a milk delivery man. Roberts then turned the gun on himself. Five of the girls died as a result of the shooting. One was seriously and permanently injured. The others recovered from their injuries.

Commentary about the extraordinary grace they showed the killer, Charlie Roberts, flooded the airwaves. Most expressed stunned disbelief, but others expressed angry criticism that people from that community would forgive someone capable of such a horrible act. 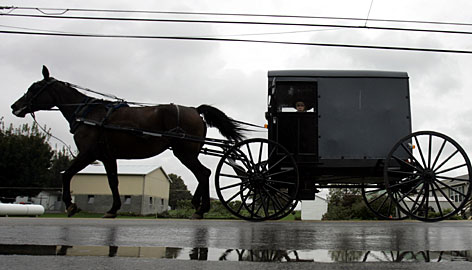 Just as quickly as they came, news trucks pulled out of that quiet part of Pennsylvania. But, the story continued.

Roberts’ mother and his former wife have spoken up about the impact that act of grace from the Amish community had on their ability to heal. Roberts’ mother, Terri, has spoken at church events in the past several years recalling how important the forgiveness of the Amish community was to them in the days that followed the shooting. Their act of forgiveness and attendance at Roberts’ funeral spurred her to reach out to members of the families of the victims. She first invited them to her house for tea and conversation. Eventually, she began to help care for the most terribly wounded survivor, Rosanna King, spending one evening a week with her.

“As we reach out in ways that bring a touch, we can find great healing,” Terri Roberts reportedly said.

These extraordinary acts of grace have the ability to shine incredible light in the world. The Nickel Mines Amish community and the Roberts family showed a stunned, angry and disbelieving public that grace can and does belong in the most difficult situations. They were simple, faithful people living what they believed about God and forgiveness under the most horrible of circumstances. They didn’t just give their beliefs lip service, they sought to make them live and breathe.

This story makes me hopeful because the world looked, even if briefly, at Christians who were living a faith that not only helped them “get by,” but was used as an instrument of love and grace when anger and vengeance could have prevailed. Their acts prove that acts of kindness and love can and do change the world.

Some more reading about the incident: