For months, I nodded along politely while my fellow seminary students earnestly discussed their daily prayer and meditation practices. I was totally convinced that these practices were crucial for spiritual health and growth. I finally admitted that I whenever I tried to sit still for prayer or meditation, instead of peace, divine presence settling my soul, my overwrought mind bounced from grocery lists to homework assignments to last night’s dinner dishes.

I started then to more seriously think about what I COULD do. I had tried some yoga classes some years in the past. Maybe I could do THAT? That was prayer in motion, right?

I found a some yoga classes and got started.

Emma Barton, one of my early yoga teachers, showing how headstand can be “calming.” Photo used with permission.

One of my early teachers taught me about how to use yoga in “therapeutic” ways. She told me that on particularly crazy days when she was feeling scattered, she would just flip into a headstand to help focus herself. I thought, “Good for YOU! I’d love to do that, but I’ll never be able to do THAT.” Fear and lack of confidence got in the way of doing a new thing.

As I explored one of the Advent scriptures this year, Isaiah 10: 1-11 paints a picture of Israelites who were more fearful than I. Isaiah writes of the stump of Jesse, brutally cut down. Israelites would have instantly recognized that Jesse was the father of King David. David fathered the royal line that brought brought peace, prosperity and power to Israel for many, many years. But that time had come to an end. At the time of Isaiah, Assyria extended its territory and invaded and occupied Israel, ending the Davidic line. Israelites were now living under another people’s regime. Their royal line, had been cut. They were doing a new things by living (albeit nervously) with their occupiers.

“The wolf shall live with the lamb, the leopard shall lie down with the kid, the calf and the lion and the fatling together, and a little child shall lead them. The cow and the bear shall graze, their young shall lie down together; and the lion shall eat straw like the ox.” (Isaiah 10: 6, 7; NRSV)

Filmmaker Woody Allen has quipped about this passage, “The wolf shall lie down with the lamb. But the lamb won’t get much sleep!” This is an upside-down world. A world occupied by enemies and a people living without a strong leader.

Sounds a lot like the church today? Right? The church has moved to being the center of U.S. culture to being marginalized at best. No longer do people look to the church to meet all its social needs. People don’t even think that spirituality can be found in the church. The church is now living in an occupied land. It means we can no longer rest on our laurels and expect people to come to us. We have to show our faith by living it in a disinterested and sometimes even hostile environment.

Just like the Israelites, its incumbent upon those of us who remain in the church to learn a new trick or two. The thing about being upside down is that it is neither fun nor pleasant at first. When I began attempting to do headstands I learned quickly that your strength and flexibility was not your biggest enemy. Fear was your biggest enemy.

The progressive church has a lot of fear getting in its way right now. We fear talking about our faith because we might sound dumb, or be offensive to someone, or worry that we will fail or, worse yet, be equated with being a conservative Christian.

The reality is that we DO say the wrong thing from time to time. Maybe you’ll unintentionally offend someone and need to apologize. Maybe you’ll invite someone to church and they’ll say, “No.” All of these things are unpleasant, but not life threatening. Go ahead and try it. 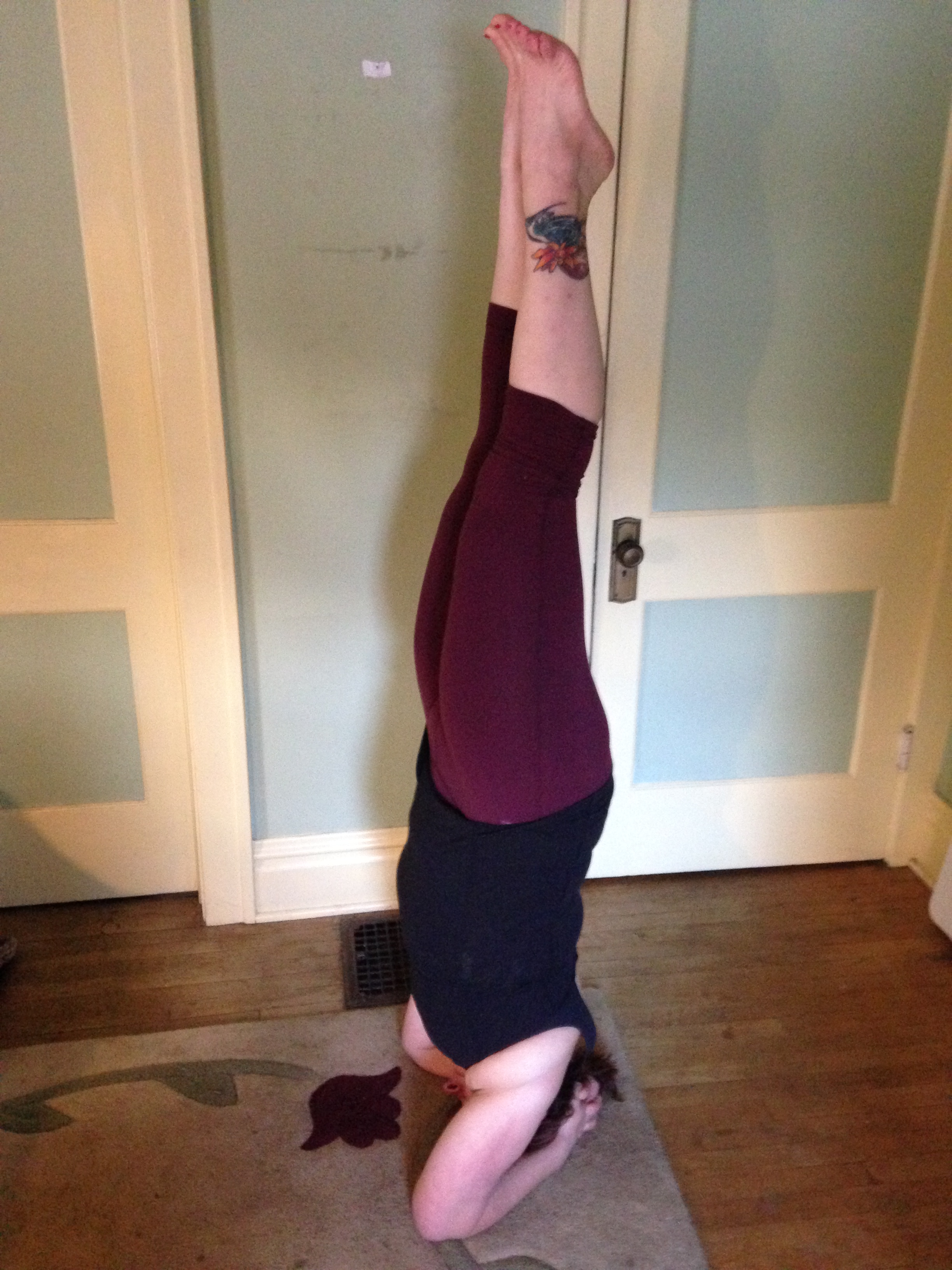 With practice, talking about faith, just like those headstands I worked on for years, becomes easier and easier. Over time, being upside down becomes as easy and natural as breathing; giving people the opportunity to see the beauty of how you live your faith.

What is something YOU are planning to do to live your faith in the coming year?