Gen X-ers: 3 Reasons Why the Church (and the World) Needs Us. Desperately.

I’ve never related to the style of middle children. Being born an oldest child, I prefer to direct and lead rather than hold hands and make peace. I’ve been known to roll my eyes at people who cajole and coddle that one person who threatens to leave a group when they don’t get their way. In my better, more appreciative moments, I stand back in awe when on day three of church camp that highly skilled peacemaker manages to get feuding 12-year-old girls to become the kind of best friends who tearfully cling to one another when they must go their separate ways at the end of the week.

On a grander scale, I totally get middle children. Being born smack in the middle of Generation X (I’m 40; Gen X-ers are roughly between the ages of 34-49), I’ve often felt like “a low-slung, straight-line bridge between two noisy behemoths,” a recent Pew Research Center article stated about Generation X’s seemingly inconspicuous position between the much larger Baby Boomers and Millennials. This unusual poll actually asked Gen X-ers about what makes them distinct. They didn’t have many answers. The article posits (probably correctly) that the inability to articulate our generational distinctness stems from the fact that the media never asks or tells us what is interesting about us. And, we mostly don’t care about that lack of attention. Few books and articles have been written about us. We are not prime advertising targets. We sit quietly on the sidelines as our older and younger siblings duke it out for mom and dad’s attention.

All I can say is that they didn’t ask me. I would have reported to researchers that our “in-between-ness” makes us quite distinct. We are adaptable and creative and somehow still manage to be stable and drama-free. Unlike our Baby Boomer predecessors, we don’t cling to that “golden age” of church of the 50s and 60s simply because we do not remember it. What we do vividly remember are closing churches and schools, church leadership that scandalized the good name of Jesus and obligatory and hollow rituals performed out of habit rather than Spirit-filled inspiration. Unlike our Millennial successors, we have already lived through rapid-fire cultural change, economic unrest and technological revolution — and survived with grace.

Digital Translators. We were the ones to get the first Apple computers in elementary school. We played Pong on Atari. We were the first to try those giant “car phones.” We’ll never be digital “natives” in quite the way Millennials are, nor are we complete foreigners to technology in the way of Boomers. That enables us to speak both their languages fluently, finding ways to use technology in church in ways that resonate with all.

Entrepreneurs. We’ve gotten jobs, lost jobs and have invented jobs just to keep ourselves and our families financially afloat in a sea of student and credit card debt. We embody the resilience and adaptability the church desperately needs as the once all-powerful church creatively and faithfully reinvents itself on the margins. 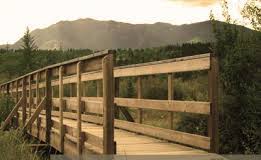 Bridge Builders. We, the proverbial middle children, possess a strong ability to simultaneously appreciate the beauty of ancient ritual and tradition while adapting them in a way that speaks to ourselves and younger generations. If anyone can get these two warring generational giants to play nice and form meaningful community once again, it’s us.

Later this week, I pack my bags and head for the first time to the Wild Goose Festival, a sort of Woodstock known for gathering the visionaries who are re-imagining church.” Named for a celtic spiritual metaphor for unpredictability, beauty and grace, this festival (I imagine) attracts lots of fellow Gen X-ers who have already quietly and resolutely building bridges to the next manifestation of church.

I, for one, can’t wait to meet a few more of my tribe.