Family Faith Formation: Not About the Superheroes

This blog series, Family Ministry: Not Just for the Christian Right Anymore, explores how family-based faith formation ministry will help progressive Christian values take root first in homes and then throughout our communities and the world in order to spread justice and peace. This blog is adapted from a sermon I preached at First Congregational UCC, Kalamazoo, MI on Sunday, Oct. 19, 2014.

When I was growing up, I admired so many different people. My idols (like most people) morphed and changed over time, allowing me to imaginatively try on identities as easily as Halloween costumes. My fascination would move between elite athletes, movie stars and politicians. I began, like most of us do, with superheroes. I loved Wonder Woman who was in the 1970s animated version of The Justice League and who was played by Lynda Carter in the TV show from 1975-1979. Olympic athletes such as Mary Lou Retton and Debi Thomas captured my imagination in the 1980s. (I secretly still want to be a gymnast, by the way.) As a teenager, my passion became theater and performance, I turned my sights on Oscar-winning actresses Jodie Foster and Susan Sarandon. I admired both their acting skill and their commitment to using their notoriety to shed light on social causes. In the political world, I remember being inspired by Geraldine Ferraro, who was the first female vice presidential candidate in 1984. Most recently, I admire President Barack Obama whose decisions I don’t always understand or agree with, but whose integrity and quality of his leadership in the face of incredibly challenging times I admire greatly. (I count having been in Chicago’s Grant Park the night of his first election in 2008 among one of the top 5 experiences I’ve had in my whole life.) 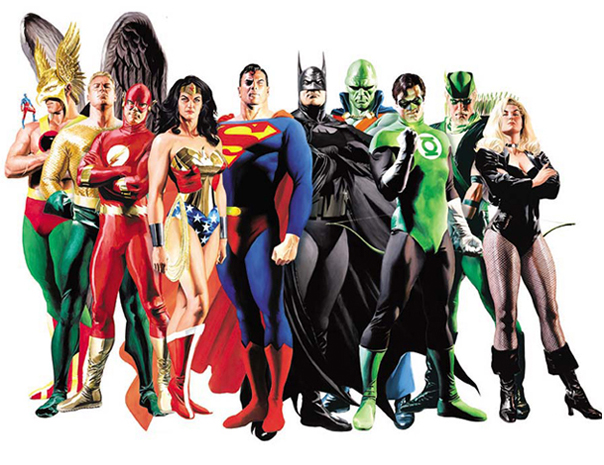 You don’t have to be a superhero to form others in faith.

I was thinking about all these role models of mine when I preached on Oct. 19 as I prepared to focus the congregation about the importance of intergenerational relationships to faith formation. I won the lectionary lottery that weekend. The epistle lesson that appeared was 1 Thessalonians 1: 1-10. Although there was trouble in Thessaloniki, the writer of this letter did not betray that right away. Instead, he writes, in verse 3: they “constantly remember before God our Father your Work of Faith and Labor of Love and Steadfastness of Hope in our Lord Jesus Christ. It goes on to say in verse 8 that “but in every place your faith in God has become known, so that we have no need to speak about it.”

These struggling bunch of early church folks SHOW their faith; they model it to people new to the faith. They are so good at it, that it is no longer necessary to sing their praises or even preach and teach the Gospel. They are living it so well that words are no longer necessary. I am reminded of the quote attributed to St. Francis of Assisi — “Preach the gospel, if necessary, use words.”

During the congregational trainings I do with Vibrant Faith Ministries, I invite people to do a lot of reflection about WHO actually formed their faith. A few people will name pastors or other significant church leaders as having been instrumental in forming their faith. But, most often, they name their parents, grandparents, teachers or friends — the kind of people who do not draw attention to themselves — the people who live a simple life that just lights up with the fire of their faith.

These people open their home to strangers. They take the time to listen to a young person struggling with normal “growing pains.” They get to know your name before you even know theirs. They make you dinner when you didn’t say you were hungry. They look into the eyes and acknowledge the presence of the homeless person walking by them on the street. They share their gifts with whomever needs them at that moment.

You don’t have to be a superhero — lead a protest movement, run for elected office, be an elite athlete or movie star — to change the world. You just have to live as if the change has already happened.